---CR Power has many branches across several cities. The communication cost of the traditional phone system was so high that it added an unnecessary burden to the operation of this group. ---After several years of development, CR Power has more employees, and the number and scale of branches have grown. The traditional phone system has been unable to satisfy the modern office communication needs of efficient and easy-to-use. ---Due to the special business models of the power industry and the fast-paced development of modern commerce, the demand for setting new office locations from time to time is growing. The traditional phone system is so complex to deploy and difficult to maintain, that unable to meet the above demands. ---CR Power requires to build a new communication system and solve the above pain points without affecting the normal operation of their group. It is worth mentioning that it also puts forward higher standards than other common industries for the stable operation of the new communication system. ---In addition, CR Power is very concerned about the DND (Do Not Disturb) function of phones, which can reject all calls or only receive calls from designated numbers during important meetings, and ensure the smooth progress of the meeting. 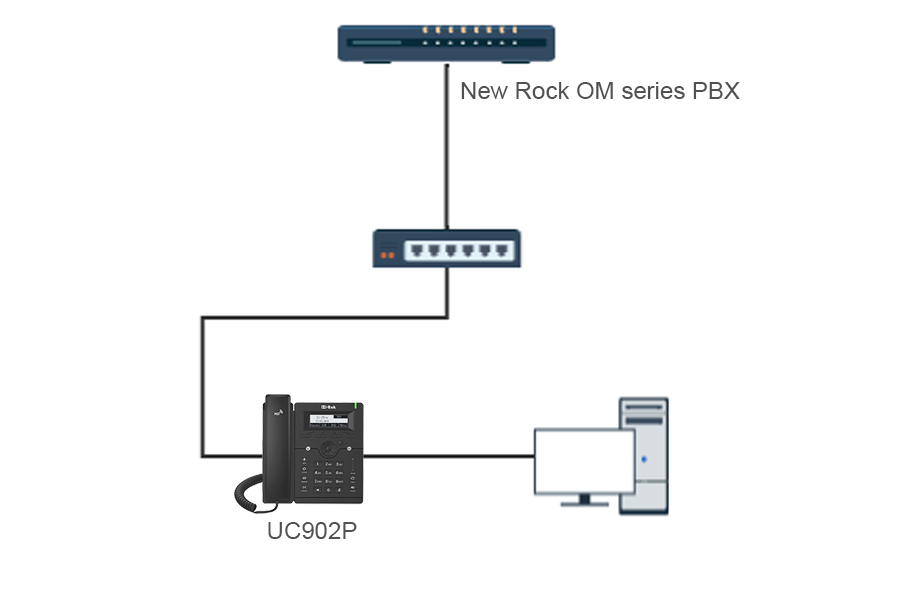 Simplify Network Cabling, Easy Management and Maintenance Htek phones can run the function of bridging computer networks while supplying power through PoE, which greatly simplifies the network cabling, saves the human and material costs of communication system management and maintenance, satisfies the demand of setting new office locations from time to time, and helps the group operate efficiently.

Rapid Multi-Point Deployment, Reduced Communication Costs Htek replaces traditional phones with IP phones to form an all-IP network, and provides a web-based management interface to easily realize rapid multi-point deployment. The modern unified communication system of each branch is built efficiently, which not only satisfies the daily office requirements, but also realizes the efficient internal communication of the group, and even reduces the communication cost.

Intelligent DND Mode, Efficient Modern Office CR Power often needs to organize meetings, internally coordinate cross-departmental or cross-company affairs, and externally interact with partners from all walks of life. Htek phones’ Do Not Disturb (DND) mode can activate or cancel with one click, which avoids affecting the conference process. Users can also modify the "authorization number" at any time through the phone’s web page, and the emergency calls from the leader or special customers will not be missed at any time, even in DND mode.

Strong Equipment Compatibility, Ensure Enterprise ROI With its strong compatibility, Htek phone can perfectly cooperate with most PBX platforms on the market, and every enterprise can flexibly choose the most suitable IP phone model. Htek phones are sold to more than 90 countries and regions around the world, our product quality is far higher than the industry average, which can protect the safe and stable operation of every enterprise communication system.

New Rockers will do our best to support you